It’s hard to believe you could once scale the Breadknife, a narrow volcanic dyke that rises like a rusted serrated blade in Warrumbungle National Park. This rare, jagged wonder is one of the star attractions on the Breadknife and Grand High Tops walk, a spectacular 14.5km circuit that winds through the heart of a heavily eroded volcano shield near Coonabarabran, in Australia’s first Dark Sky Park.

We tackle the walk-in summer, shouldering packs for an overnight stay at Balor Hut, a secluded, rustic shack along the Grand High Tops section. The sun is smoldering as we set off from Pincham car park, walking an easy path through eucalypts up to Febar Tor, and our first lofty views of the Grand High Tops.

Did I say easy? From here, the path climbs sharply, with two steep, paved rises and enough stairs to make us think we’re climbing a stairway to heaven. For those less fit, park benches are placed at scenic intervals, so you can feign interest in the view while quietly dying.

Seriously, this one-day hike isn’t for the weak-kneed or faint of heart. It’s a grade 4 walk, described by the Australian Walking Track Grading system as: “Bushwalking experience recommended. Tracks may be long, rough, and very steep. Directional signage may be limited.” If you’ve ever done a walk and thought, huh, that was easier than it said, this is not it. By the time we reach the turn-off to Balor Hut, two hours later, we’ve schlepped 6km and an altitude of 793m, and are breathless, hot, and sweaty. 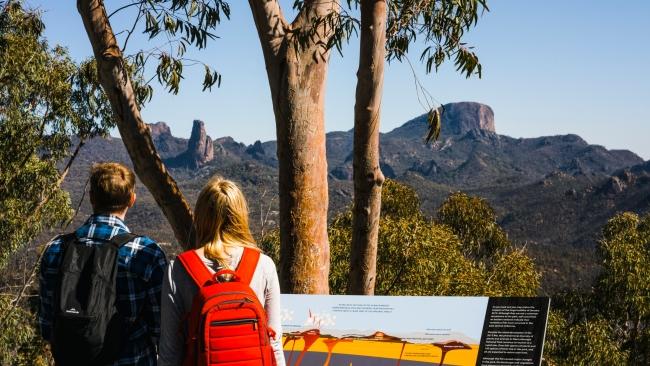 It’s another 900m to the Grand High Tops, along a stony escarpment that hugs the gelato-swirl-colored wall of the Breadknife, before another set of stairs spits you out on top. I summit it solo at sunrise, just as the sun hits the rocky tip of Belougery Spire and makes it glow.

Up here, the park is a perfect circle of sky, forested ridges, and valleys punctured by an astonishing crown of towering, other-worldly spires, bulbous domes, colossal dykes, and plugs.

It’s incredible, standing atop this once active volcano, that 13-18 million years ago, huffed, puffed, and blew this spectacular landscape into existence. I have it to myself, as the sun creeps across the landscape, turning everything golden.

The return three-hour hike west towards Bluff Mountain is just as dramatic. The up-down slog along rugged terrain, ridges, and valleys is worth it for the humbling magnificence of Bluff’s massive dome, and a landscape that switches between eucalypts and wattle, grass trees, and heath. Look out for koalas in the treetops on the last 1km leg. It’s a hike that leaves us breathless, in more ways than one.

There are several campsites within the park. Book ahead for Balor Hut or Camp Blackman, a powered site with hot showers, BBQ area, and drinking water on tap.

We drove to the Warrumbungles in a Camptoo motorhome, a luxe option for happy non-campers.

Bring plenty of water and wear layers. It can be four seasons in a day, even in summer. 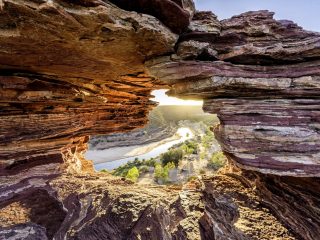 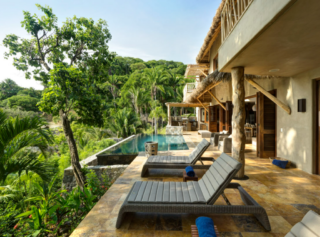