Until recently, I’d have confidently said I knew the Blue Mountains well. I’ve sampled the quaint cafes, viewed the Three Sisters – I’ve even rappelled through ancient slot canyons deep in the belly of the mountains.

But after I’d roared through eucalyptus forests atop an electric mountain bike and shared a sunset with local wildlife, I realized I’d only skimmed the surface.

My adventure started five minutes from the quaint mountainside town of Katoomba, at the lookout point of Narrow Neck Plateau; a giant cliff-peninsula that spectacularly cuts through the middle of two valleys connecting with a headlike mountain several kilometers away. From my view, the apex of this escarpment appeared so narrow, it seemed hard to believe anyone could safely ride across.

“Who’s ready to ride across a few cliffs?” I heard from behind me, and I turned to see my guide, Sam, a huge smile breaking through his oversized handlebar mustache.

As I watched Sam assemble specialized mountain e-bikes while cracking jokes and explaining technical features about our ride, I knew that not only was he knowledgeable and skilled, but just as importantly, fun!

Our plan for the morning was fairly straightforward. Jump on a bike, make our way across Narrow Neck Plateau, and zip through the eucalyptus-lined trails.

Apart from a few extra kilograms from where the battery is stored, a mountain e-bike is the same as a regular bike – until you begin pedaling. That is when the motor kicks in and thrusts you across leg-destroying hills with ease. The purist in me was resistant, but as Sam explained the controls, I realized I could decide when my motor would come on and at what level. A little assistance up a hill never really hurt anyone, did it?

As we saddled our bikes and began our descent towards the Narrow Neck Peninsula, we soon hit 60km/h and rushed around sweeping corners. The intensity of the slope began to ease as the view of the Megalong and Jamison valleys began to open. That narrow clifftop that I saw from the lookout earlier was now wide enough for a two-lane road and a safety buffer of several metres on either side. I could see sections where the cliffs dropped off into the valley below, but it certainly didn’t have the level of danger that I first thought.

“Don’t get too comfortable, mate,” Sam yelled back to me, as though casually reading my thoughts. Veering off the safety of our path, we both began down a narrow track that teetered precariously close to the cliff edge. As we slowly maneuvered between low-hanging trees, jagged rocks, and fallen branches, I began to wonder if this was an actual bike track or one made by wallabies. 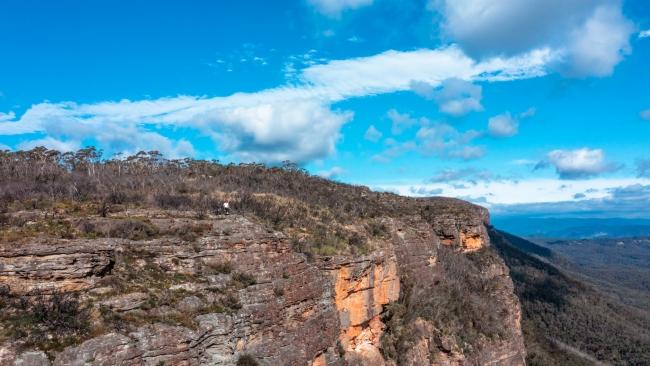 As we emerged from the trees, I felt my stomach drop, as the cliff face appeared just meters away. Keeping me at a safe distance, Sam stopped to share stories on the region’s history and pointed towards the many parts of the mountains he has explored – multi-day treks he has taken, cliffs he has climbed, and caves he has camped in.

Sitting at my own private mountainside campsite several hours later (thanks, Sam), I watched birds dive out of sight in the valleys before me. My mountain-biking experience had taken me to parts of the mountain many don’t see and reminded me of just how important it is to find ways to rewild yourself.

Tyson was a guest of Blue Mountains Biking Adventures. This article originally appeared on Escape and do not necessarily represent the views of australiaexploring.com 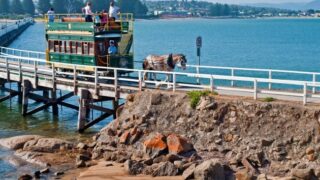 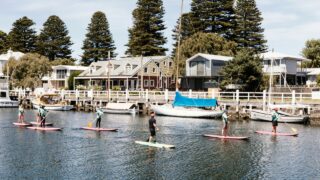