Australia is a fantastic place to live.

It’s safe (if you overlook all the things that can sting or eat you), our government is stable and benign and we’re wildly prosperous compared to most of the world. But as a place to visit? It’s got a lot of drawbacks. It’s really far away. Our dollar value makes hotels, food, and transport eye-wateringly expensive. And now that we’re seen as the country with the world’s jumpiest Covid controls – lockdowns here, border closures there – the worry is that we could be relegated to the tourism too-hard basket for a long time.

It’s possible the rot was already setting in before Covid. I was in Canada in February 2020, just before Covid’s clutches really took hold – and many people I spoke to told me they’d already crossed Australia off their visit list because of the 2019-2020 bushfires. The impression globally was that the entire country had frizzled to a crisp.

And it seems that the world’s understanding of Australia’s situation hasn’t become any less opaque since the Covid crisis began. A US travel agent I spoke to earlier in the year told me that Americans are astonished  – and quite annoyed – to learn that they simply aren’t allowed to enter Australia at all. And this was before the rest of the world had truly begun to open up. Imagine what they must be thinking now, when life has largely returned to normal on much of the planet and we’re still giving shrieking front-page news space to a truck driver who crosses into Queensland from NSW without a permit. We must look like the sort of place where you can get arrested if you sneeze.

So what, you might argue. We don’t want overseas visitors swarming in any way, dripping their cloying new Covid strains all over our relatively untouched country. Ok sure. But it’s easy to say that now, before international travel reopens and Australians begin flinging themselves all over the globe on overseas holidays, draining us of the domestic tourism dollar. At the moment we’re propping ourselves up nicely. That can’t last forever. And we’ll feel it if those domestic dollars don’t get replaced. In 2019, before the Covid chaos, international tourism brought $45.5 billion into the Australian economy – with Chinese visitors our biggest spenders ($13 billion), followed by the U.S. ($3.9 billion) and the U.K. ($3.4 billion). We need a good chunk of that back.

So how are we going to lure people here again? It’s not enough to boast that we have ‘beautiful landscapes’ or ‘exciting cities’ – because let’s be frank, every country on earth can claim to have beautiful landscapes and exciting cities. There has to be more done to convince overseas tourists that they won’t end up in a locked-down lunatic asylum, tens of thousands of kilometers from their home, if they come anywhere near us. 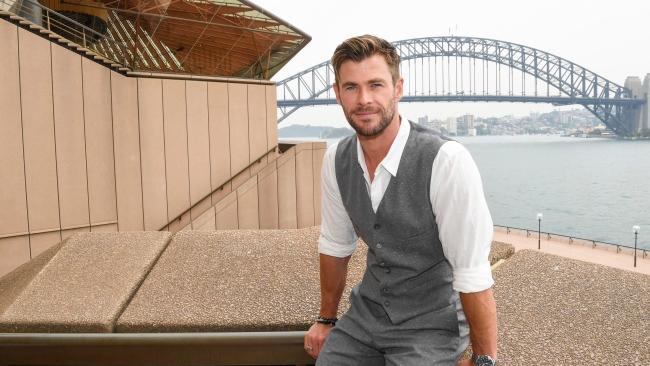 Even Chris Hemsworth may not be strong enough to lure people back down under.

Prime Minister Scott Morrison has said, vaguely that “we will get to international visitors, I believe next year” so it sounds like we have a bit of time to get some heartstring-tugging ad campaigns happening – bring on Paul Hogan, Kylie Minogue, Skippy, choirs standing on the Great Barrier Reef; whatever it takes. Though perhaps it’s the best steer clear of Peter Allen’s ‘I Still Call Australia Home’ in any ads at this point; the opening line of “I’ve been to cities that never close down” is not a mental association Australia needs right now.