You can even run your hands over the mortar of the convict-cut sandstone and see where it was plugged with ground oyster shells, taken from the Aboriginal middens that lined the island’s shores at the time of European settlement.

But the bit that made my eyes widen to the size of jam jar lids? When my guide, Greg Ball, leads me into an upstairs conference room and points out a dark, viscous streak running down a wooden beam. “That’s jam,” he says. Real jam, still embedded in the building’s architecture, 43 years after the factory closed. 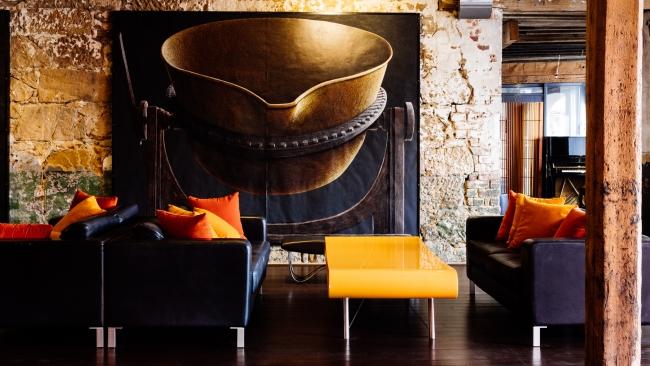 Alongside these visible reminders of the past, art has always been at the core of a stay at this 54-room, four-suite hotel on the Hobart waterfront, as the hotel’s name suggests. Walls, corridors, and individual rooms are filled with Tasmanian artworks – my Deluxe Spa Harbour Room on Level 2 features drawings from Dane Chisholm and sculpture from Ben Tither, though that could change on any given day as works are bought by guests eager to snaffle up souvenirs. There’s almost always an artist in residence who sits in the hotel’s foyer, working on pieces and chatting to anyone who wants to stop by, and most guests will book an evening at Landscape, the more formal of the hotel’s two main restaurants, whose walls are covered in works from celebrated landscape painter John Glover. 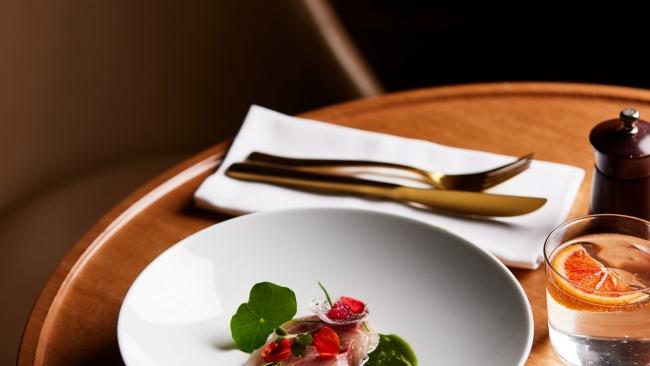 Aged hiramasa kingfish with buttermilk and nasturtium at Peacock & Jones

But recently, the hotel’s focus has zeroed into a new arena: food. Its second restaurant, Peacock and Jones, has brought on former MasterChef contestant and host of Channel 10’s Left Off The Map food series, Ben Milbourne, as culinary curator. Working alongside head chef Ishan Acharya (formerly of Bert’s and Bistro Moncur in Sydney), Milbourne’s remit is bringing the stories of Tasmanian producers into sharper focus on the restaurant’s plates. Their combined work shines in a six-course tasting menu that is a fiesta of Tassie produce – octopus from Stanley in the state’s northwest, pork from Scottsdale in the northeast, and a ripping farmhouse goat’s curd from small producer Tongola on the east coast. The all-Tas, all-the-time wine pairings are also very well done – in particular a shimmery-fresh pinot gris from Invercarron in the Jordan Valley north of Hobart. It’s a fitting contrast: modern food in an old-time setting. 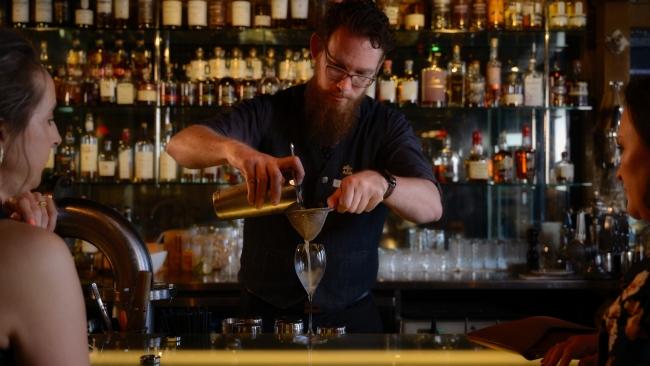 When I retire to my room with its views across to the harbourfront, the 19th-century feel is back at the fore. “There’s not a straight line or right angle anywhere in the place,” my tour guide Greg told me earlier, and he’s not wrong, and every wonky beam, every softly worn slab of sandstone adds its own charm. The bed, however, is plush with thick, modern linens that are made for a long, luxurious sleep-in – which is precisely what I plan to do.

Flush on the harbor, it doesn’t get much more central in Hobart. Salamanca Markets, the Derwent River ferry to MONA, and many of the city’s best restaurants, such as Fico and Dier Makr, are an easy stroll away. 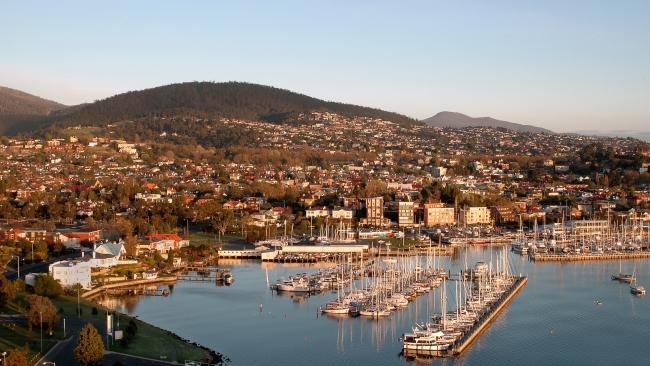 It’s an old building – that’s part of the charm – so you do hear the odd creak from the rooms around you. But the beds are luxurious and the bathroom is fitted with modern appliances and a spa. Rooms also feature unique Tasmanian artwork. 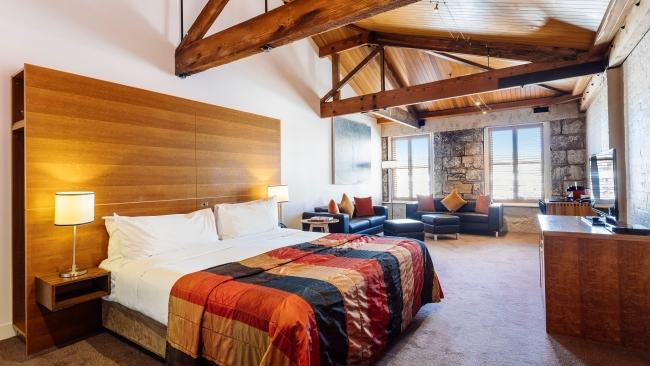 The hotel has two main restaurants – Peacock and Jones and Landscape – plus a breakfast room and the IXL Long Bar. Peacock and Jones, under the guidance of Ben Milbourne and Ishan Acharya, is the pick. 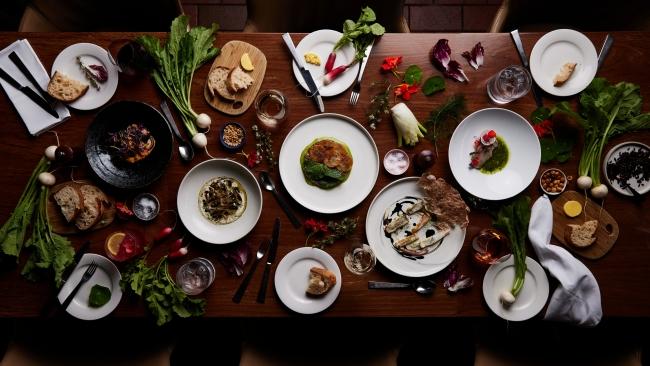 History is Hobart’s heartbeat, perhaps more than any other Australian city, so it makes sense to stay in one of the city’s most story-rich buildings. It helps that the food’s really great too, with local produce woven into skillful dishes.

The writer was a guest of the Henry Jones Art Hotel. This article originally appeared on Escape and do not necessarily represent the views of australiaexploring.com