Then came Australia’s summer of bushfires with its deleterious effect on international visitor numbers. And those long weeks only foreshadowed the devastating arrival of the pandemic, which continues to toy with tourism operators.

If it feels like the Whitsundays region has been in a slugfest this past half-decade, it’s because it has. Many businesses closed, others barely scraped by, and backpackers and internationals left town.

So it’s natural to ask as soon as you meet a local, “How are you doing?” But the disconnect when you do is jarring. On the day of our arrival, the Whitsundays are turning it on. Luscious rainforests run down to calm azure seas, the scene framed by blue skies in every direction.

See also: Northerlies, a fabulous open-air eatery and bar at Freedom Shores Resort that feels like an Australian take on a Bali beach club. The dewy afternoon air is cut through by the ocean breeze. Airlie Beach, the region’s tourism hub, shimmers in the distance.

Around us, locals go large on fresh seafood and crisp salads. The beers are cold, the staff friendly, and the chat flows freely. Northerlies have a vibe. Across the other side of an immaculately kept lawn, the resort, with its quaint, Instagrammable boat bungalows, is fully booked.

That night, we wander Airlie Beach itself and it’s much the same. The crowds have changed. You’re not rubbing shoulders with so many Danes, Canadians, or Poms – these days, visitors more likely come from Brisbane, Adelaide, or Perth. But make no mistake – there are crowds. They hop between the high-street clubs, or pile into the landmark Airlie Beach Hotel, which has its groove back after a long post-cyclone rebuild. 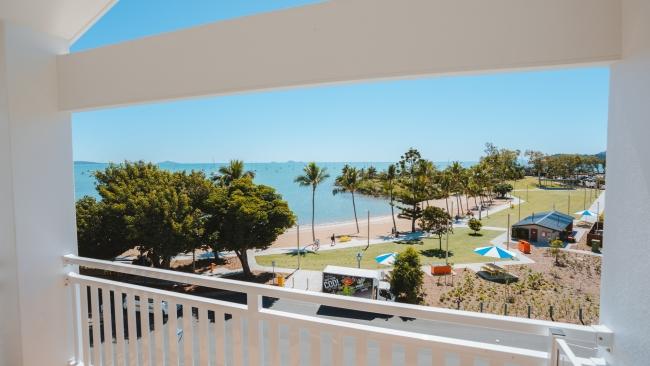 We manage to nab a booking at La Tabella, a celebrated trattoria on the Esplanade right in the guts of town. In a lovely, moodily lit dining room it cooks a variation on that rustic, produce-driven Italian that Australian seaside towns seem to do so well – think handmade burrata or sumac-dusted calamari to start, and veal scallopini, bug ravioli, and truffle-infused linguini for mains.

“Debbie was devastating,” La Tabella owner Leni Fries says. “It looked like a bushfire had come through town. We were closed for two weeks. Since the cyclone it certainly picked up again, only to be hit by Covid.

“One day you had a business and the next you didn’t. But we adapted. We offered our pasta and popular dishes as takeaway, and the locals loved it. They came and supported not just us, but everybody who was doing takeaway, which was terrific.” 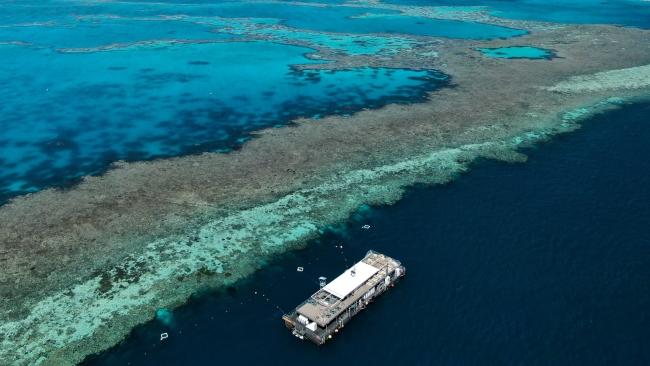 It’s the same at popular The Deck bar and restaurant, which in the mornings draws in Lululemon-wearing locals with its big smoke-standard brunch and coffee, and over at the Cruise Whitsundays terminal , where the company’s 26m Camira catamaran departs for a popular day cruise to Whitehaven Beach. Restaurateurs such as Fries tell you they had it easy compared with those on the water, but there’s a healthy line of passengers climbing aboard Camira’s violet stern.

“We’re just rolling with the punches, but there’s no Bali, no Indonesia, nothing like that,” says Camira deckhand Clayton Pound. “A lot of people have come here from Brisbane or the east coast of Queensland and just said, ‘Wow, we didn’t know this was so close, that this was was here. It’s fantastic, we’ll be back.”

This feels like more than the simple boom that comes after a disaster-driven bust. The Whitsundays has been a focus of Australians’ new interest in the regions. Ballistic Beer Co, one of Brisbane’s very best craft brewers, now has a footprint here, taking over a handsome light-filled 1000-litre pub on the outskirts of Airlie Beach to start producing craft beer designed for locals – they’re drawn like bees to blossoms to reef-themed lagers, red ales and pale ales. 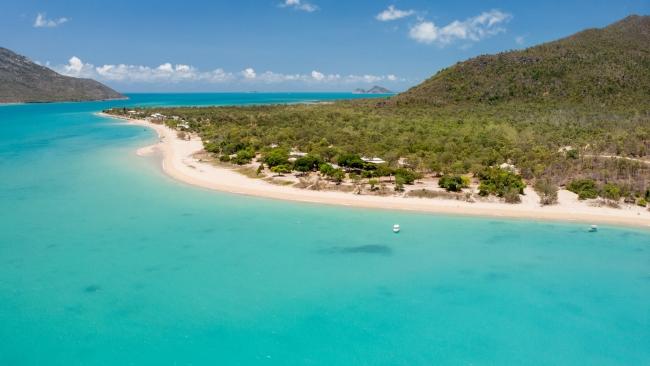 It also extends well beyond Airlie and the islands to the wider Whitsundays region. Drive the picturesque Dingo Beach Road and you’ll discover popular daytrip destination Cape Gloucester Resort, recently bought by former Bowen farmers Joh Schreiber and Alice Faust – a long afternoon on its spacious deck enjoying the sunset and a plate of prawns collected by Joe directly from the trawlers is basically what a tropical holiday is all about.

Further up the Bruce Highway is Bowen. This agricultural and mining center is defined by its oddly capacious main streets, a legacy of 19th-century plans for it to be the capital of a North Queensland colony. They make the town seem sleepier than it is, the mood here is split between those who celebrate its different pace from that of Airlie and others who see it as an opportunity.

Whitsunday Sands Resort is cut from the old cloth, comfortable, honest rooms playing second fiddle to precisely kept gardens that frame spectacular peninsula landscapes . In the west, it’s an achingly beautiful sunset across Queens Bay, while the eastern-facing apartments boast a technicolored view of Horseshoe Bay that could be transposed from paradise itself. 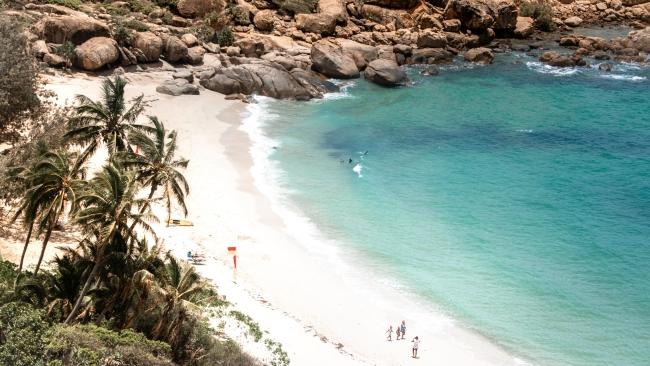 Embracing the future is Horseshoe Bay Cafe. Owners David and Jill Paddon bought this fabulous beachside edifice two years ago, turning it into a mecca for locals with terrific coffee and a produce-driven food menu that now rolls into the evenings.

“There are very few places in Queensland where you can get a cafe on the beach,” David says. “It’s just a very unique place.

“The Whitsundays as an entire region is bursting with confidence. There are large businesses opening up here in horticulture and aquaculture. The mines are going gangbusters. All of that has been helping carry tourism, and when that comes back the whole area is going to boom.”

Flights from Brisbane, Sydney, and Melbourne land at Proserpine, 40 minutes from Airlie Beach.

The writer was a guest of Tourism Whitsundays. This article originally appeared on Escape and do not necessarily represent the views of australiaexploring.com