The one place I could visit again and again is the Kimberley coast in Western Australia; it’s just staggeringly beautiful. I was sent there by the Art Gallery of New South Wales, who nominated me to be the guest of the Paspaley Pearling Company and lead an art safari with a group of friends of the gallery.

The terrain and the geology, the atmosphere, the vegetation make that entire coastline one of the great wonders of the world. It’s interesting how the light and the colours are so vibrant and so sharp, but then on some days it’s almost got this incredibly soft, humid atmosphere. It surprises you every day no matter where you are.

And you can never predict what you might see around the corner. You could be speeding around in tender boats coming off the pearling ships and you round a headland and then look up and there’s suddenly an escarpment above that you could look at for a week. It would take you that long just to learn it visually.

So as an artist there’s just this endless stimulation. It’s like when you go to a European city and try to do two or three museums in one day – there’s just too much to take in! You know how you stagger out of the Louvre and say, “I cannot see another picture!”? It’s a bit like that.

We did the Kimberley entirely by boat. We were flown out on the fabulous Grumman Mallard seaplanes. I’ve done it twice now. The second time I went with Elisabeth Cummings, who is one of my favourite Australian artists and one of my greatest friends. We’ve been travelling Australia and all over the world, and this was just another one of our great adventures together.

We were among the workers who were out every night and every day, pearling in rotating shifts, and saw the entire pearling process.

We were observing the landscape from the point of view of the water, which is not normally how we see things; we see things the other way round. It was fabulous to steam along the coastline, waking up to an entirely new landscape out our window – a rare and wonderful opportunity for me. 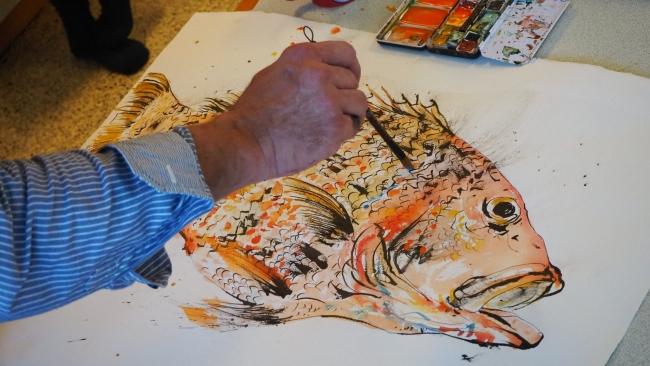 The Wunambal Gaambera people came with us at some points along the way to rock-art sites. It was a total revelation to see the art on the cave walls by people who lived thousands of years ago. The magical element of those cave paintings that were done anywhere between 5000 and 30,000 years ago – they’re filled with such humanity and such deep spiritual imagination.

The Kimberley features in the children’s book Collette and I collaborated on, Santa Loves Australia. We work together really well. We first did a version of the book for a charity, for people who had lost their homes in the bushfires. The best thing about it for me as an artist is that you leap into this realm of painting sparkles and “magical Santa sparkle dust”. I don’t normally use that kind of language, but it’s also a visual language and a tone that I had to learn quickly.

I mean, I draw animals all the time – one of the things I love to do most in the landscape is to draw the animals that inhabit a place – but Collette got me to see those things through the eyes of children and that in itself was a sweet and sweetening thing to learn. 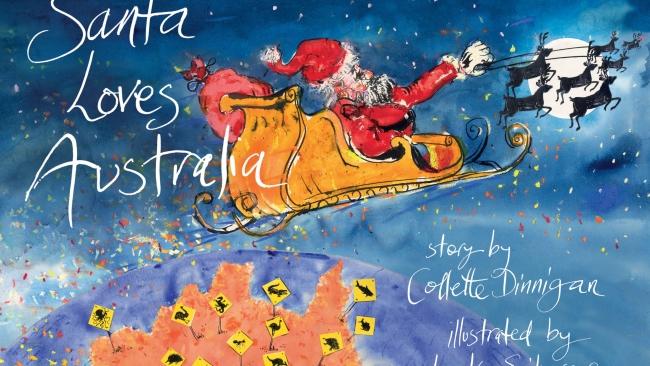 I’ve got a daughter (who is 21 now) and I’ve always read to children, as we all do, but to actually make paintings that are created for the eyes of children was something that I’m very grateful to Collette for. I’ve been reading the book to clutches of the local kids, children of friends where I live (in Hill End, NSW) and they just fall into it because children in Australia don’t have many books that are made with the Australian environment in them.

For me, when I visit places like the Kimberley coast or Wilcannia in western NSW or Bruny Island in Tasmania that is seasonally so dramatically different, they endlessly provide not just the raw materials for me to make a painting out of, but a source of the way that I feel meditatively about nature. How much you learn from just observing nature is a very powerful thing, and the nature of things teaches me a great deal. I guess my philosophy, almost in a religious sense, is to observe nature because it just gives me all the answers. 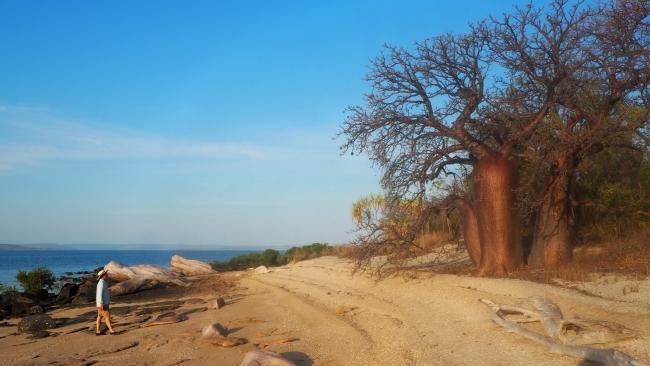 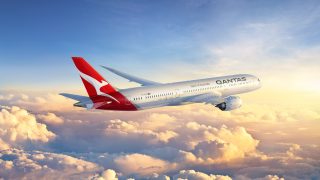 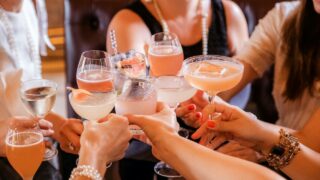 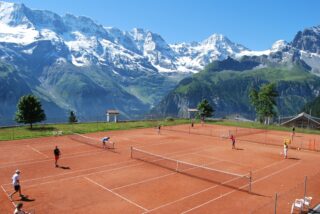