You know those summer holidays that linger a lifetime in your memory, where sandy feet, crystal-blue waves, shell-hunting and dripping ice-cream cones all merge into a happy, beachy showreel that epitomises Queensland? With its seemingly endless white-sand beaches and subtropical hinterland regions the Gold Coast, the Sunshine Coast, the Fraser Coast and the Whitsundays have topped travellers’ bucket (and spade) lists for decades. Delve just beneath the pristine surface, however, and you’ll discover there’s so much more to these time-honored destinations than meets the eye.

The Gold Coast is renowned the world over for its famous surf breaks and theme-park thrills. Perhaps less well documented are its mountain walks, wildlife sanctuaries, cultural tours and vibrant culinary scene.

Explore the beachfront neighbourhoods of Burleigh, Tugun and Currumbin and you’ll discover a raft of quality bars, cafés and restaurants. Start your day with a coffee fix at Tugun’s House of Hubert, enjoy a seafood lunch overlooking the ocean at Burleigh Pavilion, then sample a locally brewed beer at Balter Brewing in Currumbin Waters. Or simply sit back and enjoy the ride while

Kiff & Culture takes you on an Eat & Drink the Gold Coast tour. If you’re up for a little nature immersion, go off the beaten track into the hinterland of Mount Tamborine and the tranquillity of the ancient rainforest.

The self-guided Skywalk takes you past the rockpools of Cedar Creek and across a 40-metre cantilever bridge, which sits 30 metres above the rainforest. At nightfall, visit the Glow Worm Caves of Numinbah Valley, where thousands of these magical creatures light up the dark. For a fresh perspective of Burleigh headland, set off on the Oceanview track, where native flora and fauna abound. On a guided walk around Jellurgal (the Dreaming Mountain), traditional landowners tell Dreamtime stories and reveal fishing and hunting secrets.

Ready for an artistic fix? HOTA (Home of the Arts) is the go-to destination for everything from concerts, theatre and comedy to movies, art, events and workshops. Grab a bite to eat and relax on the grass with a movie under the stars.

It’s hard to go past the beaches of Noosa Heads, with their sapphire waters, great waves and white sands that stretch as far as the eye can see. But inland, too, there’s plenty of watery fun to be had. Up Noosa River, in Great Sandy National Park, you’ll find Noosa Everglades, one of only two everglade systems in the world (the other is in Florida), traversable by motorboat, canoe or kayak. Kanu Kapers Australia offers guided and self-guided kayak tours – perhaps the best way to see pelicans, sea eagles, and glossy black cockatoos – during which you can take a dip in the restorative tea tree-infused waters.

If you’ve got a taste for messing about in boats, head 45 minutes south to Mooloolaba for a Saltwater Eco Tour of the Mooloolaba canals on a beautifully restored timber sailing boat. Learn about the traditional custodians, the Kabi Kabi people, with storytelling, music and entertainment while enjoying a bush-tucker lunch of freshly caught prawns and oysters washed down with a lemon myrtle cocktail.

Back on dry land, the Sunshine Coast Hinterland Great Walk takes hikers through subtropical rainforests, open eucalypt forests, and the picturesque waterfalls of the Blackall Range. It’s a four-day walk end to end, but day visitors can choose half-or full-day walks, or even a two- or five-night Luxe Trekking package with rainforest retreat Narrows Escape.

When you’ve worked up a thirst from all this activity, you’ll be ready to learn about the growing local craft-beer scene. Sunshine Coast Craft Beer Tours offers a Hinterland ExBeerience lunch and tasting paddle at Brouhaha Brewery in picturesque Maleny, and the Coastal Hop brewery tour, featuring Moffat Beach Brewing Co. 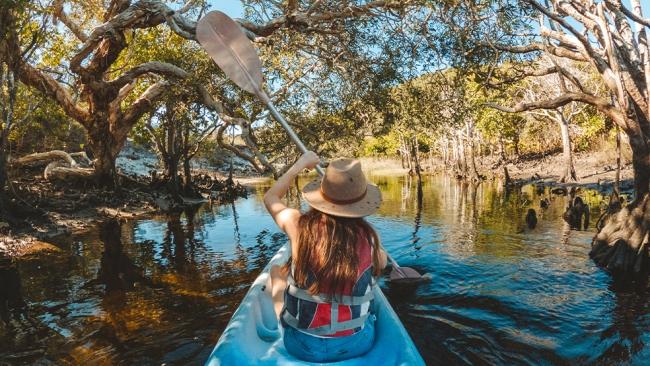 Explore and charter a vessel through Tasman Venture. Credit: Tourism and Events Queensland

K’gari (Fraser Island) is synonymous with whale watching – Hervey Bay was named the world’s first Whale Heritage Site in 2019 and you can even swim with these majestic creatures with Hervey Bay Whale Watch – but there are plenty of other reasons to visit the Fraser Coast region. The one-time home of Mary Poppins creator Pamela Lyndon Travers, who was born in Maryborough, is full of surprises, including a museum, heritage home and festival (August 26-29) in honour of the famed storyteller. It’s also the perfect place to glide along like the sea turtles below, aboard Hervey Bay Eco Marine Tours’ glass-bottom boat, or charter a vessel through Tasman Venture or Fraser Island Boat Charters. A four-wheel-drive adventure on K’gari is always a major drawcard, but make time for a guided or self-guided hike to discover some of the island’s best-kept secrets. 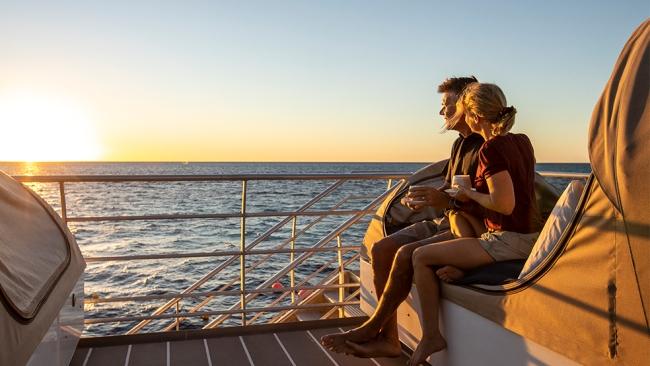 Watching the sunset over The Great Barrier Reef with Reefsleep. Credit: Tourism and Events Queensland

With 74 islands breaking the waves across the Coral Sea, there are at least as many beaches that deserve a mention. From the much-photographed Whitehaven to the idyllic sand spit of Langford Island, the picturesque bays of Hook Island and Hayman’s perfect white-sand crescent, lying on a beach is a Whitsundays must-do. But if you’re seeking something more energetic, the Whitsundays tick that box, too. Start with your feet on the pedals on a mountain-biking tour through the lush rolling hills of South Molle Island – the only place with a mountain-bike trail on the Great Barrier Reef – taking in breathtaking ocean and island views from all points along the trail.

Venture out to sea on a half-day kayaking tour of the inner islands with Salty Dog Sea Kayaking. Departing from the mainland’s Shute Harbour, you’ll paddle over coral reefs, and explore the turquoise waters that are home to six of the world’s seven species of sea turtle.

A snorkeling, diving or SUP trip out to the reef is a quintessential Whitsunday experience, but did you know you can sleep out there, too?

Reefsleep by Cruise Whitsundays is a two-day trip to Hardy Reef. After exploring the underwater world of coral, it’s back to the pontoon where dinner is served. Then head to your cosy reef bed on the upper level where it’s just you, the ocean and a sky full of stars. 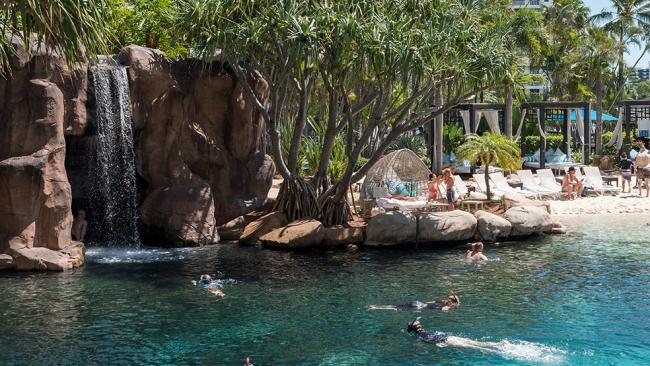 With sandy beaches, a private marina and a lagoon complete with tropical fish, the revamped 28-storey JW Marriott Gold Coast Resort & Spa – voted Australia’s best hotel pool in 2021 – enjoys panoramic views to the ocean and hinterland. It’s a dream location in the heart of Surfers Paradise that affords easy access to the major attractions.

Unwind and reconnect with nature at one of Noosa Eco Retreat’s six eco-luxe yurts. Each stylishly designed unit extends to a large private deck with views to Mount Cooroora. On the edge of Tuchekoi National Park, it’s a haven for bird-watching, photography, hiking, climbing, mountain biking, yoga and massage.

Why stay in a hotel when you can have a private island? Camp Island Lodge, surrounded by the stunning scenery of Cape Upstart National Park in the Whitsundays, has four linked villas just metres from the ocean, with full chef service available. Spend your days simply snorkelling, fishing and exploring, all by yourself. 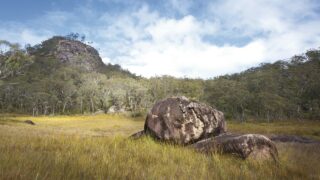