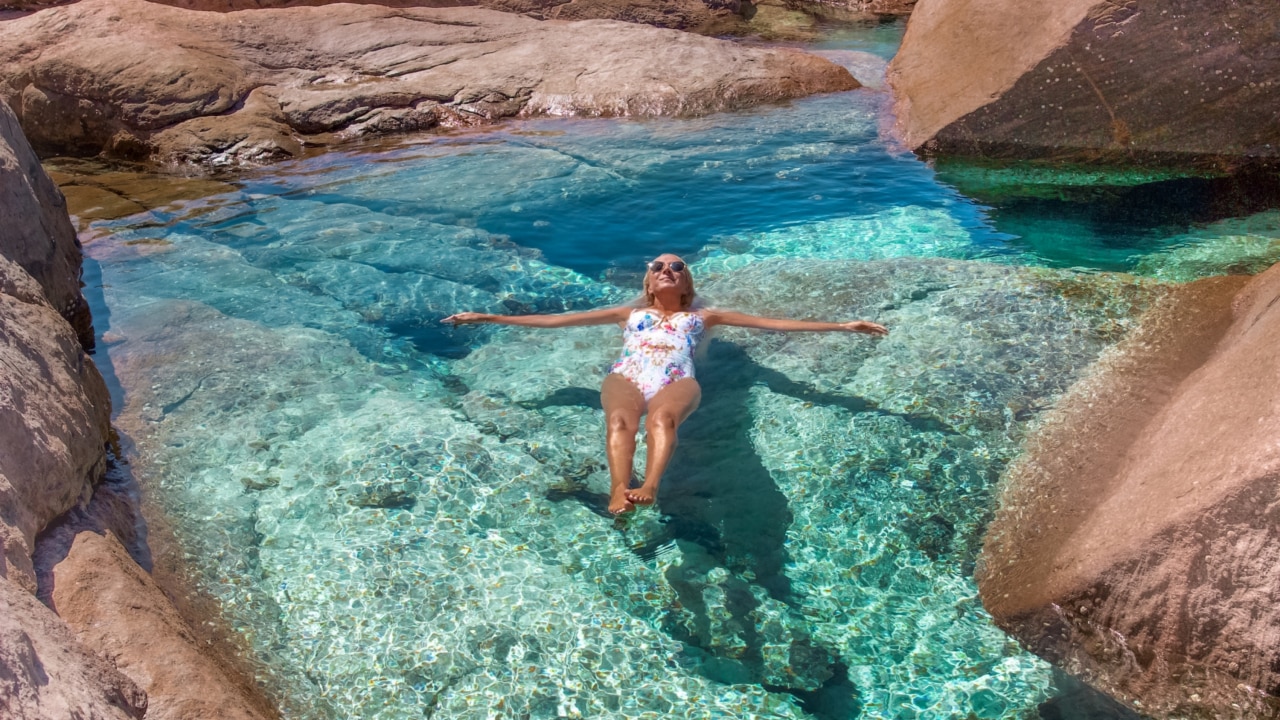 It’s a gourmand’s paradise, but the region’s size also means that visiting many of those highlights has always been seriously time-consuming. Until now.

A suburban shopping centre may seem like an unusual place for a food tour of the Margaret River region, but the incredible range of local produce on show at the newly opened Origins Market in Busselton makes it an essential stop for visitors.

Drawing inspiration from the great markets of the world like London’s Borough Market, La Boqueria in Barcelona and Bangkok’s Or Tor Kor Market, Origins brings together more than 60 stalls that represent everything from local dairies and coffee roasters to wineries, bakeries and even chestnut and truffle farmers.

Step through the “pallet portal” at the market entrance and you’ll be surrounded by a mosaic of colourful options as you rub shoulders with locals doing their weekly shopping, farmers dropping off produce and top chefs finding inspiration for their next menu.

And because the vast majority of the produce comes from within a 100-kilometre radius the vendors at the stall are often the people who’ve grown or made what you’re tasting.

If you need an early wake-up call, Two Cracks Coffee from Cowaramup (“Cowie” for short) turns sustainably sourced single-origin beans into the batch brew, pour-over, nitro and cold brew that will get you buzzing.

And while you might need eagle eyes to spot the queen hiding among the 42,000 bees at the market’s observational hive, tasting the fragrant honey that gets its flavour from the majestic jarrah, marri and manuka trees that proliferate across the region is far easier thanks to Southern Forests Honey.

You’ll have a hard time finding fresher seafood than the plump oysters that are shucked to order in front of customers at Get Pickled and Get Shucked, while the tangy pickled octopus drawn from the waters of Geographe Bay is one of the culinary highlights of the region.

Australia’s first commercial truffière is among the six Blackwood River Valley producers that form the Southern Forest Collective alongside organic green tea, beef and chestnut farmers, and the sausage rolls made with sweetly flavoured chestnut-fed pork are a revelation.

If you eat with your eyes, you’ll be drawn to the tea-based popsicles with edible flowers from Yeye Natural Farms, where microgreens can be purchased ready to eat, or in pots that will continue growing at home.

A large part of Origins Markets’ charm is meeting small-scale producers like first generation dairy farmers Russel and Beth, who have locals lining up for their creamy Cheeky Cow milk, cream, yoghurt and butter.

Or you can venture far beyond the culinary boundaries of Western Australia by following your nose to find vendors serving up sizzling satay sticks and spice-laden Balinese sausages, perfectly seasoned Cuban street food and decadent Argentinian desserts.

And because it’s Margaret River, there’s no shortage of wine. You can take your pick of half a dozen wineries (or branch out to cider, gin or beer), but make sure you pop into EVOI Wines, an award-winning boutique winery that has been named among the best in the state (and  country) and turns out incredible chardonnay and cab sav.

If you prefer your alcohol in edible form, head to friendly patisserie Dusty Buns, where the line begins forming early for both sweet and savoury treats including collaborations with neighbouring stalls like poached pear and red wine danish or pork and cider pie.

And when you’ve eaten your fill, there’s still plenty to see in the artisan section of the market where you can browse stunning landscape photographs that highlight the region’s natural beauty or watch recycled yarn, unwanted fabrics and even old jeans being upcycled into unique Scandinavian style rugs on a traditional wooden loom at River Rugs.