Lush meadows of emerald green plunge towards sapphire blue seas, and beaches of powdery white sand sparkle in the sunlight. Though it’s only 15km from the mainland it feels like a world apart, a place where night skies teem with glittering stars, the untamed coastal scenery is shrouded in a fine salt mist and wildlife waits around every corner.

Stay for any length of time on Australia’s third-largest island and you’ll find plenty of signs encouraging you to slow down. The warning helps protect the wildlife but it also works as life advice; this is a land where nature rules and life moves at a leisurely pace.

On the south coast, weathered limestone cliffs battered by thunderous waves look out towards Antarctica and the pockets of thick bushland in the island’s interior feel completely cut off from the outside world. Venture to the western half of the island and you’ll witness a land being reborn as dense greenery brings color back the charred landscape left by 2020’s devastating bushfires.

Summer is peak season when the beaches turn into outdoor adventure parks; spring coincides with a proliferation of wildflowers and is the perfect time to explore parks that cover a third of the island. Animals are more likely to venture out during the colder winter days when the rugged southern coast is buffeted by spectacular storms.

Separated from the mainland by the last ice age, Kangaroo Island is home to many unique subspecies that exist nowhere else in the world, and despite the bushfires, it’s easy to find dense patches of scrub filled with roos, wallabies, goannas, echidnas, and koalas.

The waters off the coast are just as crowded and Seal Bay is home to a thriving sea lion colony where bulls with sandy manes preen in the sun while pups frolic in the shallows and flop comically through the surrounding dunes.

Look out to sea from the limestone cliffs nearby and you might spot humpbacks, southern rights, or even killer whales offshore. If you want to join the 240 varieties of marine life in the water, a pod of up to 100 dolphins regularly swims through the labyrinth of inky seaweed and sandbars at Bay of Shoals.

HOW: Jump into the water with playful dolphins on a Kangaroo Island Marine Adventures tour, walk among sea lions accompanied by a guide from Seal Bay Conservation Park or join a nocturnal tour at Hanson Bay Wildlife Sanctuary to see the animals come out at “rush hour”. 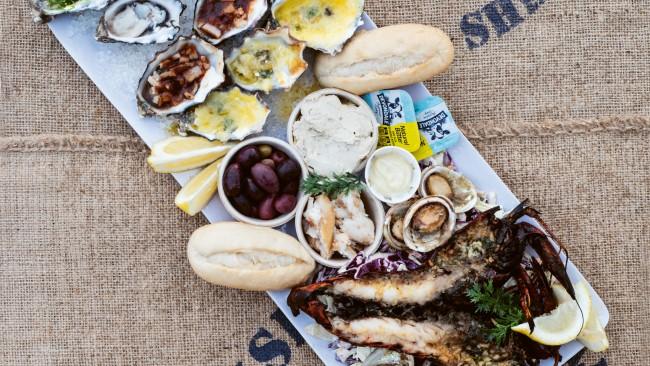 KI’s culinary offerings have come a long way since the first European visitors supplemented their meager sailors’ rations with the kangaroos that give the island its name. Pacific and native angasi oysters, abalone, and King George whiting are plucked fresh from the sea and on land, the world’s only pure strain of Ligurian bees create rich amber honey from the abundant flowering plants.

A growing number of winemakers transforms local grapes into wines of subtlety and elegance and Australia’s first dedicated gin distillery overlooks a fragrant garden filled with lemon balm, pomegranate, rose and mock orange that serves as botanicals and garnishes. But if you only have time for one-stop, head to Snelling Beach where every summer the low-lying boughs of a majestic 120-year-old fig tree create “rooms” for a magical pop-up restaurant that foregrounds all of that abundant local produce.

HOW: Taste seafood at the Oyster Farm Shop and take a beekeeping tour with Kangaroo Island Living Honey to learn how honey is made. Then visit False Cape Wines and Kangaroo Island Spirits or dine at the Enchanted Fig Tree to sample them all at once. 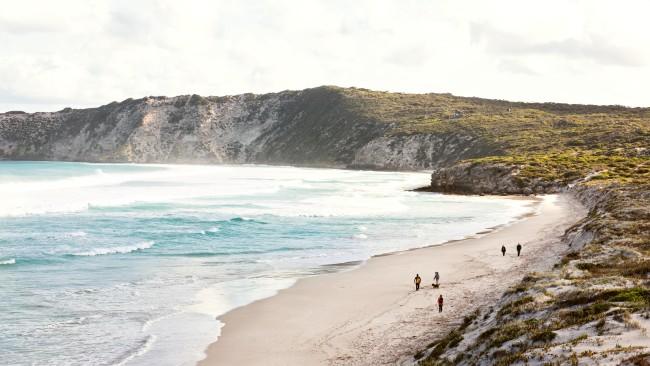 With glittering turquoise shallows ringed by sugary white sand, giant slabs of granite covered in fiery orange lichen, and blackened stumps are hidden beneath lush foliage in every imaginable shade of green, Kangaroo Island has its own palette and it’s no wonder one in 10 of the 5000 inhabitants are involved in the visual arts.

It’s easy to find a stretch of sand to call your own along the 540km of uninterrupted coast. Surfers harness the full might of the Southern Ocean at Pennington Bay while squeals of delight ring out over the sound of waves lapping at Stokes Bay’s sheltered beach, which is reached via a hidden path that passes through a rocky headland.

At the island’s southwest tip, hundreds of seals laze in the sun beneath a natural rock bridge at Admiral’s Arch. Nearby, at Remarkable Rocks, a series of imperious granite boulders have been tinged rusty red by lichen and sculpted into surreal Dali-esque forms by the elements.

HOW: The rock formations and beaches can be visited independently (you’ll need your own car), or on a tour with Exceptional Kangaroo Island. 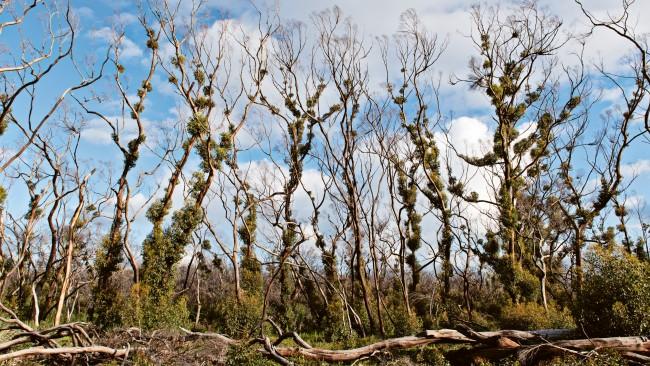 More than half of the island was completely untouched by the 2020 bushfires but even the affected areas have bounced back remarkably and in some places, the head-high vegetation is so dense it’s impossible to see more than 5m.

Insects have been lured back by flowering bushes, closely followed by birds and smaller mammals that can once again shelter in the undergrowth while larger animals feast on the green shoots. Most roos already have a joey in their pouch and the next few years will bring a baby boom for all the island’s wildlife.

The best way to see this flourishing landscape up close is on the five-day Kangaroo Island Wilderness Trail, which follows rugged sea cliffs and tannin-strained creeks where the regrowth is so strong that hikers are helping keep the path from being overgrown. 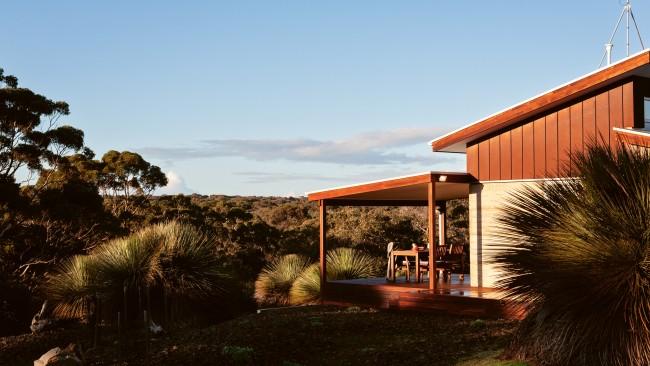 Spare a thought for the window cleaners on Kangaroo Island; just about every luxury accommodation option is wrapped by giant panes of glass that draw the surrounding landscapes inside.

The lights of Kingscote twinkling at night are the closest thing you’ll see to another human from the spectacular clifftop Oceanview Eco Villas, where fully hosted stays include sumptuous multi-course meals, sunset cocktails and a well-stocked pantry of local produce. Sustainability is a big feature, with passive solar heating and carpets made from recycled fishing nets.

Strikingly different but just as beautiful, Ecopia Retreat offers a blissful escape on 60ha of wilderness teeming with wildlife. Hidden down a red dirt road, two off-grid rammed earth villas are surrounded by thick bush that thrums with the sounds of birdlife and an orchestra of frogs. Follow the Eleanor River that passes through the property and you’re likely to spot goannas, roos, echidnas, wallabies, koalas and wedge-tailed eagles.

Nestled in a patch of remnant scrub overlooking sleepy Emu Bay, Dune House is built around a stunning sunken lounge with a curved leather sofa that echoes the flawless sweep of sand below. A bank of wraparound windows frames the idyllic view and opens to let the sound of gentle waves in. Nearby Hamilton House looks out over the same stretch of water and preserves the relaxed atmosphere of a family beach shack despite being filled to the brim with gorgeous contemporary artworks from the owners’ collection.

HOW: Hamilton & Dune and Oceanview Eco Villas are located on the north coast near Kingscote, while Ecopia Retreat is close to the centre of the island. 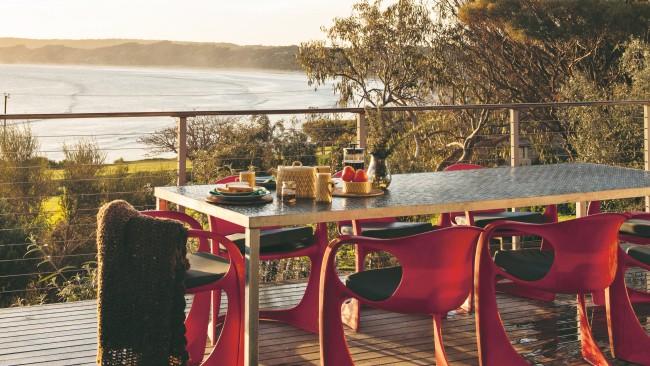 Kangaroo Island’s only airport is in Kingscote on the north coast and daily fights from Adelaide take 40 minutes. A ferry takes the same time to travel between Cape Jervis (90 minutes south of Adelaide) and Penneshaw on the island’s eastern tip.

At 145km long and up to 55km wide, Australia’s third-largest island is bigger than most visitors realize – exploring the highlights takes three days and you’ll need a week to see everything.

Food, fuel and accommodation are scarce in the island’s western half so plan ahead and avoid driving at night when the roads are filled with wildlife (hire car insurance is void after dark). 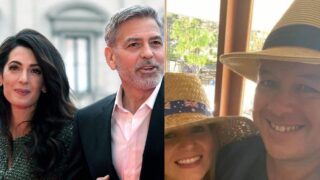 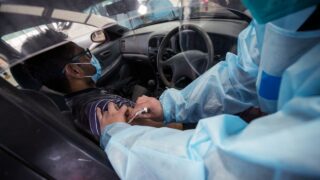