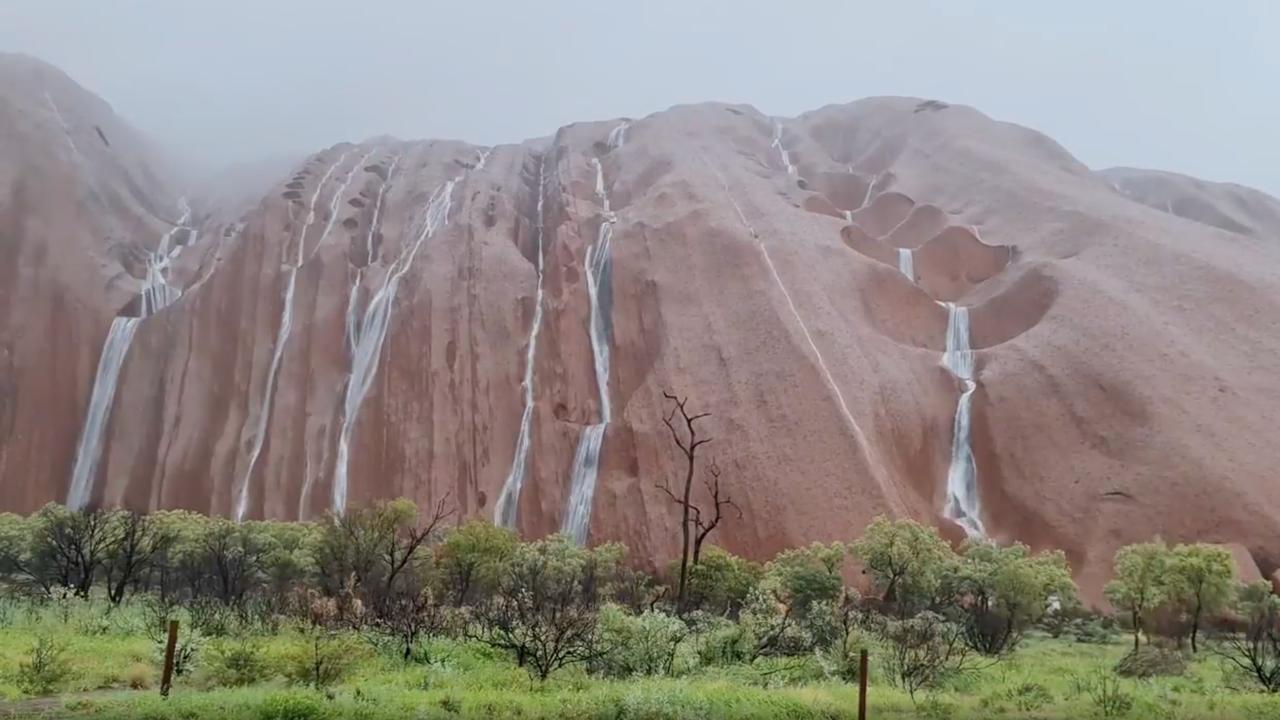 A massive rain event across Central Australia has triggered an incredible phenomenon not often seen at Uluru.

Heavy rain in the usually barren region can cause water to collect at the top of Uluru and then spill over the sides, with dozens of waterfalls falling down the massive monolith.

The phenomenon is rarely seen, with the weather event usually occurring a few times, or sometimes even just once, a year.

This week’s event was captured by Instagram user Altair, who posted the incredible footage to his account.

Much of Central Australia has been hit by heavy rains over the past two weeks with the Northern Territory essentially cut off from large swathes of the nation.

Lucky visitors to Uluru have been treated to waterfall events twice in the past three months.

Similar footage was taken in November last year with rangers from the Uluṟu-Kata Tjuṯa National Park capturing the incredible moment.

The rock had been drenched by 22mm of rain in one night, causing the waterfalls the next morning.

Parks Australia said while the 22mm of rain didn’t sound like much, the annual average rainfall is just under 300mm – so to have that amount in one evening is quite significant.

💧 Waterfalls streaming down Kaṉtju Gorge are accompanied by the calls of the mains frog 🐸, a burrowing frog that can be…

Waterfalls also cascaded down Uluru in October 2020, with tourists stopping to view the magical sight after 30mm of rain fell on October 22, 2020.

In last year’s video, following the November downpour, a chorus of burrowing frogs could be heard singing along as the rain fell.

The post explained the amphibians would call “profusely” after enough rain fell to encourage them out of their burrows, especially at dawn and dusk.

“They continue to call for the next day or so, especially in the early morning and at dusk.

“While the water persists, you can see them in the waterholes during the day, but as soon as it starts to dry out, they disappear underground again, waiting for the next downpour to occur,” the post read. 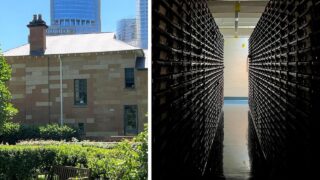 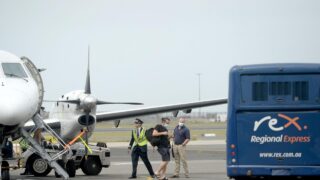 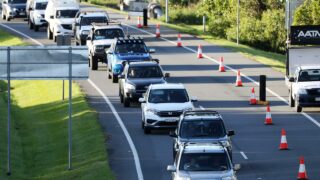