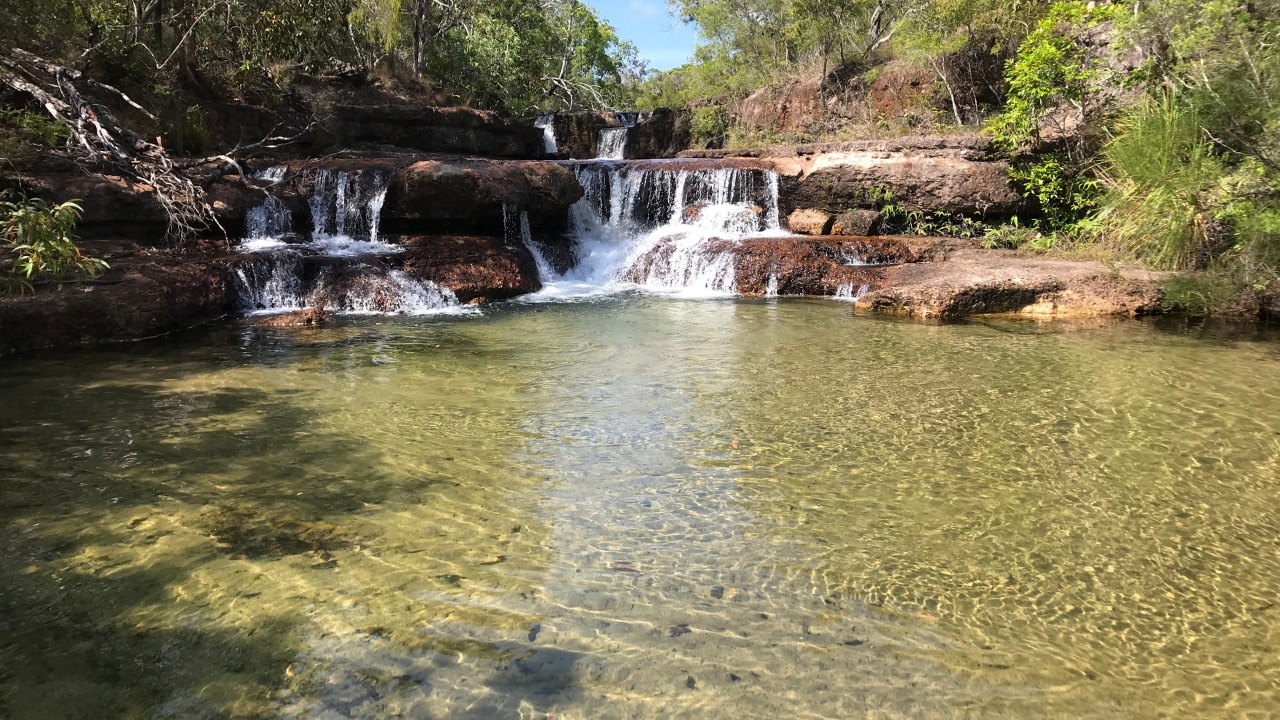 There’s a Spanish backpacker out there somewhere with footage of me performing one of the most epic stunts of my life – jumping off a waterfall into the raging waters of Eliot Falls.

He bore witness to this heroic feat and promised to send footage.

Happily the experience – and more importantly the scene of my dare-devil antics, Eliot and Twin Falls campground – remains embedded in my memory.

Of the 150-plus campgrounds I checked-out while researching my Ultimate Campsites Australia book, this one, located 900km north of Cairns on the tip of Cape York Peninsula in Tropical North Queensland, stands out as a bucket-lister. Campers with an appetite for adventure, tighten your occy straps and hit the road.

For starters, it’s an achievement just getting to the place. On a map, one naively imagines the main Telegraph Road up the center of Cape York Peninsula to be something like the Hume Highway – perhaps not as neat, but bitumen at least.

In fact it is hundreds of kilometers of bone-crunching corrugated red dirt road relieved only by the sealed stretches cutting through the national park or, blessedly, leading to a roadhouse. It’s stunning Aussie scenery, but it’s heavy going. 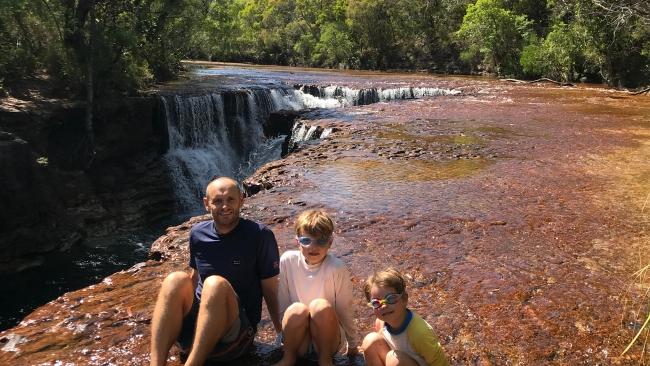 Here’s how you can stay here too. Picture: Supplied

Even more challenging, the last seven kilometers of the journey is on an even lesser road, where flooded river crossings require – at very least – a 4WD, an experienced driver and hardy traveling companions.

In fact, Queensland Parks advises traveling in tandem with another car so that help, should you need it, is on hand. And while the track is a rite of passage for experienced four-wheel drivers, it’s a no-no for hire cars because insurance won’t cover any mishaps.

So when you do arrive, it’s akin to seeing an oasis in the desert. Up Cape York way, one tends to nail a tent peg with one eye on your thumb and the other on the nearby waterways, but this croc-free campground gives campers free-reign to spend days swimming carefree in idyllic surrounds. 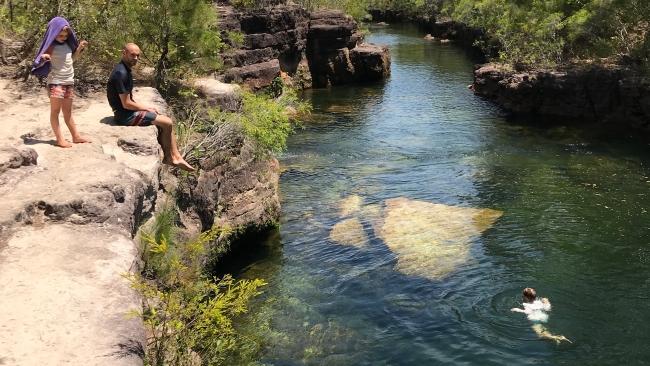 Don’t deny it, you wish you were here. Picture: Supplied

The campground sits in a triangle of savannah woodland wedged between Eliot Creek and Twin Falls, two pristinely picturesque fresh waterways merging nearby.

Twin Falls is narrower, shallower, and more peaceful with creamy sandstone platforms that create tranquil fountains of water falling into rock pools so clear you can see tadpoles kicking around while you lounge in the shallows.

Eliot Creek, is faster and stronger with a wide stretch of rapids that wash over a large perforated underwater platform before toppling into The Saucepan, a pristine cave-like swimming hole so clear you can see fish swimming around. Both make great territory to explore with goggles. 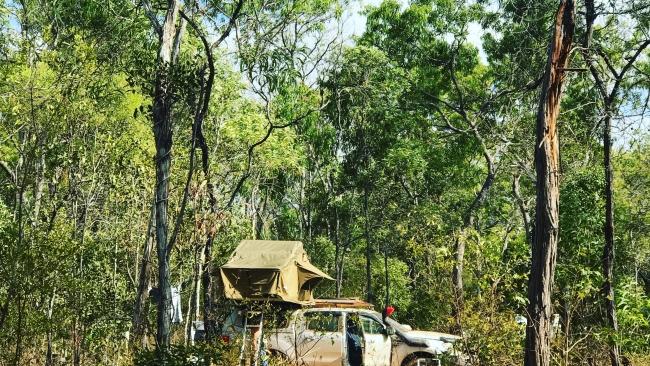 All set up and ready for action. Picture: Supplied

Eliot Falls, the waterfall that I jumped from, is like a mini red rock gorge, with water pounding from an upper ledge into wells of inky deep water. From the top, those that dare, plunge like a bullet to the sandy bottom and are swallowed by an explosion of bubbles and overwhelmed by the sound of hammering water. After coming up for air the river current sweeps you downstream to calmer waters. It’s awesome fun.

The campground itself has 25 red dirt campsites over varying sizes backed by the savannah bush. It’s home to rainbow lorikeets, possums, spiny knob-tailed geckoes, and the northern Australian brush turkey. Green ant’s nests, the size of footballs, hang in the spindly eucalypts, and from small native grevillea trees, oversized seed pods drop to the ground where they crack in the heat. The termite mounds here are like cubby houses.

I visited off-season so had the choice between bigger sites close to toilet facilities, and smaller sites close to the dirt track leading down to The Saucepan. Some sites might have fire-rings, picnic tables, and water taps, but in these here parts be prepared to BYO everything.

And that includes camera gear. Backpackers are not to be relied upon.

Penny Watson is the author of Ultimate Campsites Australia and Slow Travel, both published by Hardie Grant. 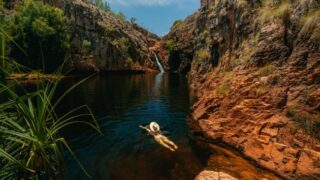 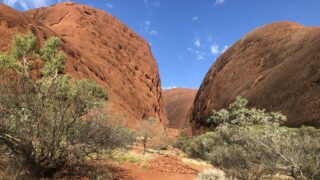