There are few meals as memorable as the prawn roll I had once in the teeny tiny town of Portland Road in Tropical North Queensland.

With a population of “oh, I don’t know, 8 to ten people,” according to a local, this place is as isolated as it gets. Not only is it 800km north of Cairns, but access is also via red dirt roads so corrugated they make you question the existence of shock absorbers.

My family and I were on a month-long road trip researching my book Ultimate Campsites Australia. We didn’t plan to drive further than Cooktown, but once you get this close to the northernmost point of Australia, it doesn’t feel right to turn around without getting the obligatory selfie. A bit like going to Sydney and not seeing the Opera House.

We had rented one of those cool Toyota Land Rovers with a tent on the roof that pops up to reveal a double bed, and a rear section kitted out with all the camp gear – tables chairs, cutlery, towels – even a fridge running off its own battery. Even so, by the time we reached Chilli Beach campground (a coconut palm-studded stretch of coast in the Kutini-Payuma National Park where you can camp directly on the beach), we were down to our last tin of baked beans and a bit of leftover Christmas cake. 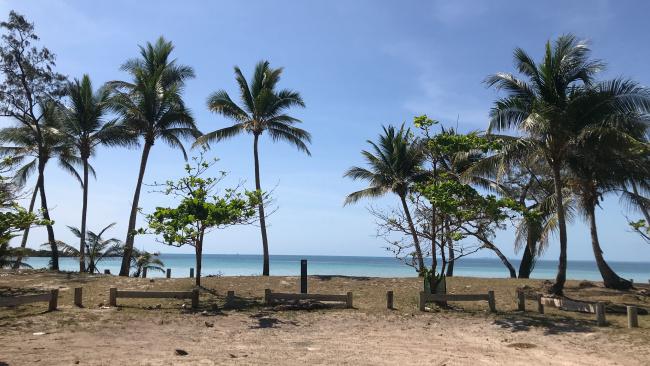 Coconuts trees and plenty of space at Chilli Beach campground.

The nearest roadhouse was at least a three hour’s drive back from where we’d just come and the closest fresh produce store was that far again. At exactly the point when we were wondering whether we’d have to climb a coconut tree or throw a line into the croc-inhabited waters, we drove past a sign that said: “local seafood”, with an arrow pointing in the direction of Portland Road. Say no more. 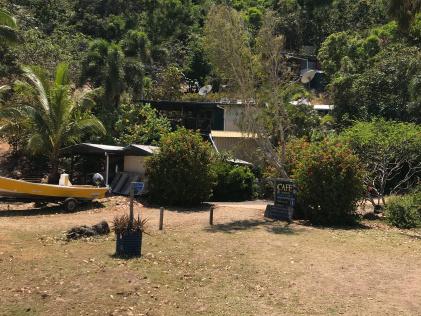 Out of the Blue Cafe is on the front balcony of a beachhouse in tiny Portland Road, Cape York Peninsula.

The town has only a handful of basic beach houses spread along a sandy white waterfront. One of them, true to form, had a café sign. Hardly believing our luck and expecting it to be closed, we followed the papaya-shaded footpath to find cute, maritime-themed ‘Out of the Blue Café’ set up on the balcony of what turned out to be the house of owners and locally sourced seafood advocates Greg Westcott and Sheree Barker.

It was no surprise that we were the only diners, but the food – for a carload of starved campers – was a revelation. Wok-tossed local calamari, grilled halloumi salad and, my pick, crunchy bread rolls stuffed with prawns and a garden salad on the side. 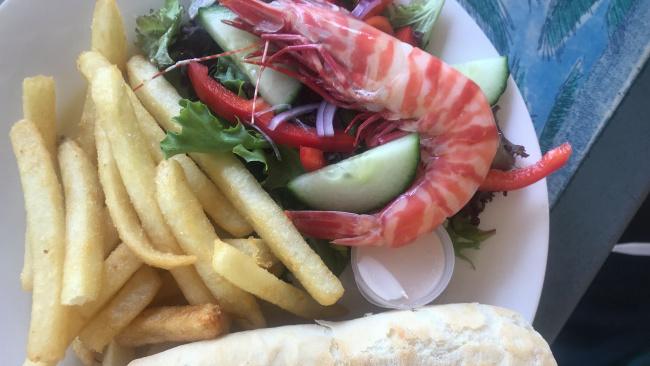 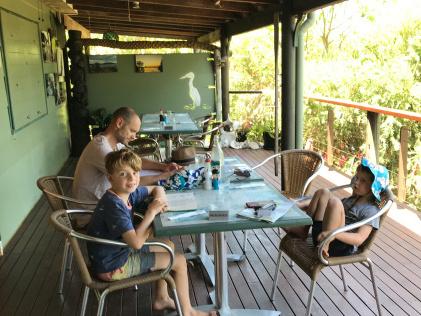 Penny Watson and family indulging in a seafood feast at Out of the Blue Cafe in Portland Road.

We were leaving that day, but the dinner menu was even fancier: bug tails sautéed in garlic and cream, scallop mornay and, here’s the kicker, a chilled seafood platter for two. I reckon it’s worth driving back there one day for that. 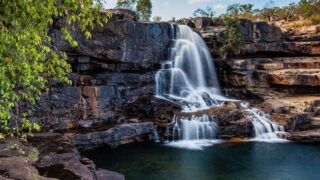 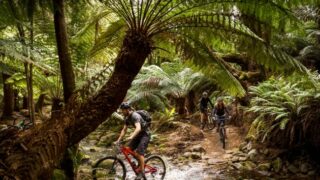