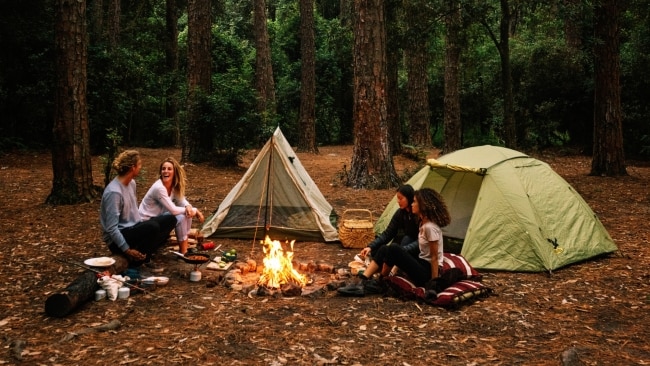 No one wants to be the camper everyone loves to hate. Our experts Lee Atkinson and Bill McKinnon share their tips on how to avoid it:

On the whole, campers are a friendly lot. They’re usually pretty helpful, too, offering plenty of advice about where to go and how to reverse-park the trailer, even if you haven’t asked for it.

The No.1 thing you should always do if you don’t want to be the camper everyone hates, is to keep your distance. Turning up at our trailer uninvited with a chair and a drink an hour before sunset for a chat, even if you’re a perfect stranger, is perfectly okay. Pitching your tent or parking your van right next to ours when there’s plenty of open space on the other side of the campground is definitely not, particularly in national parks, where the whole idea is to get back to nature in as close to splendid isolation as you can get.

And just because the shortest way to get from your tent to the toilet block is to take a shortcut through our campsite doesn’t mean you should, even if you are in a hurry.

The other big issue is noise. Unless you’re camping in the middle of schoolies week – in which case you really need a pair of noise-canceling headphones – most grown-ups are considerate and loud music late at night isn’t often a problem.

A generator thrumming away all day and long into the night can really drive you up the wall, though.

Dogs that yap all night is even worse, and so are their owners yelling at them to shut up.

A couple of years ago, camped beside the sea north of Broome in the middle of school holidays, a bunch of young blokes circled the utes, tied up their dogs, unrolled their swags in the middle of the campground, fired up the genny and kept the music pumping and the spotlights blazing until, after “a few beers”, they fell over, long past the hour when nothing good ever happens.

By morning, the campground was rumbling with discontent, and rumors were flying that a posse had formed to send them packing. The boys, of course, were oblivious to the seething rage and spent the day fishing. They caught so much that when they got back, just on dinner time, they did the rounds of the campground handing out parcels of neatly filleted fish to everyone. Forgiveness was swift. They had a party. We all got fed for free. Fair deal. 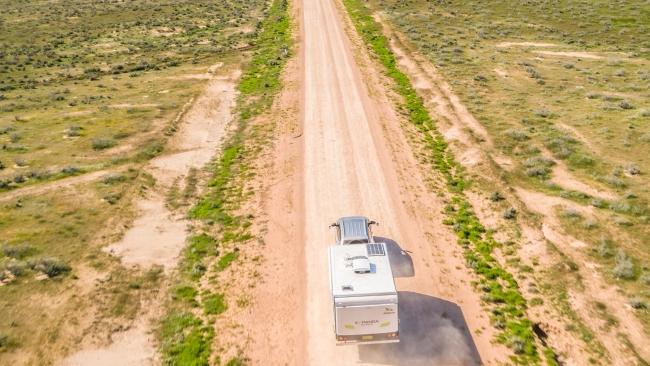 On the road at Mungo National Park. Picture: Dee Kramer

He said: Hold your tongue

At the end of a typical road-tripping day, you’ll usually arrive at the same place – a rest area, campground or caravan park – as a totally random assortment of strangers. And for the next 18 hours or so, everybody has to get along. As Lee says, an understanding of the etiquette around personal space and noise is required. And most people get it. It’s rare that you run into someone who is truly obnoxious. Usually the opposite, in fact.

However, there’s another, more deeply entrenched code of the road, where ignorance is no excuse and can, in fact, get you into terrible trouble. It’s the secret men’s business of rigs.

If you want to make yourself instantly unpopular, approach the people who have just pulled up in front of their site and start offering unsolicited advice on how best to reverse their caravan into it. They may be polite at first, but if you persist, and it goes badly, you’ll be advised to withdraw, probably by a time-honored phrase that ends with “off”.

Later, at sundowners when that night’s crowd gets together for a chat, the conversation will take a predictable turn. Everybody will compare distances traveled, both for the day and overall. The longest wins, and you need to be impressed. The same goes for the time spent on the road. More than 12 months and you’re a rolled-gold legend. You obviously have lots of time and money. But if you’re the winner, don’t gloat. It’s un-Australian. Pretend to be humble instead. 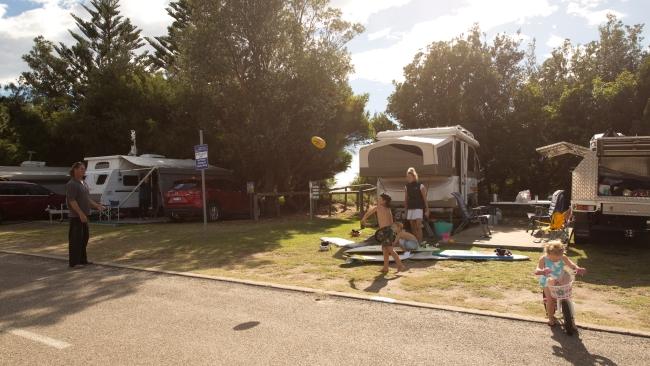 Then the conversation will turn to machinery. Everybody will lie about their fuel consumption. Add at least 30 percent for an accurate figure, and 50 percent for those towing big, heavy vans. But don’t challenge anybody’s claim. As with parking, the van, embarrassing a bloke in front of the assembled throng is guaranteed to get you labeled with a time-honored epithet that ends with “head”.

Toyota LandCruiser owners consider themselves superior to everybody else. You’re supposed to confess that, yes, the big Toyota certainly is a magnificent thing and you would buy a Cruiser, too, if you weren’t less successful in life than you’d hoped. Then the talk will move to trailers, where, depending upon where you are, off-road chops or size and luxury will determine bragging rights. Oh, and price, of course. But you should never, ever be so rude as to ask. Even though they’re dying to tell you.