Here’s how I spent mine. Arrived on Friday, totally unprepared for the glare and warmth that dazzled me as I exited the airport. Felt my shoulders loosen and cheeks relax into a semi-permanent smile.

Checked into Crystalbrook Vincent, the rebadged but ever-funky Fantauzzo hotel, its 166 rooms wedged dramatically beneath the Story Bridge. Its home precinct of Howard Smith Wharves is an alfresco fun park from brunch to bedtime – the beating heart of new, bold Brisbane.

At Fiume, Vincent’s roof-terrace bar, I have a cocktail with the hotel’s marketing ace, Anna Palmer, who came home to Brisbane four years ago. “I was shocked at how much it’s changed,” she tells me over a Pink Koala (eucalyptus vodka, Cointreau, and cranberry). “I think Brisbane’s now a pretty cool place to be. The dining scene has definitely evolved – it’s so strong at the moment.” 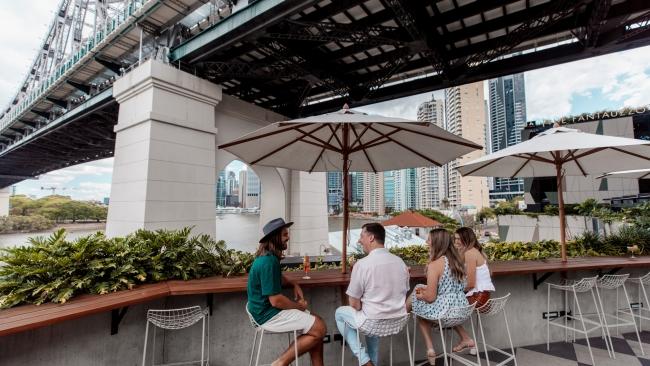 Essa is an excellent case in point. At this moody Mod-Oz restaurant in fashionable Fortitude Valley, I take a seat at the kitchen bar where chilled chefs tend to a blazing grill. On a winter’s night, there’s nothing like sitting in front of an open fire that’s also cooking your dinner.

The chef’s menu (six courses for $94) begins with a bang: a hunk of chewy, springy sourdough with the house ’nduja, a rudely fiery version of the Calabrian salami tempered with a slick of honey and river mint. It’s quite the opening number and creates big expectations for the rest of the show, all of which are met handsomely. From the chickpea beignets with a dipping cream of caramelized scallop (my notes declare, “The beignets are insane!”) to the natural perfection of a long, leggy tiger prawn from nearby Mooloolaba, partly shelled, charry, smoky and sweet.

A boned Elgin Valley chicken breast – deeply tanned outside, snow-white within – comes with a stuffed leg and an earthy arrangement of mushrooms (pine, enoki, brown) and buckwheat. A chef offers me an extra slab of that sensational sourdough to mop up the chicken juices. Essa gets it. 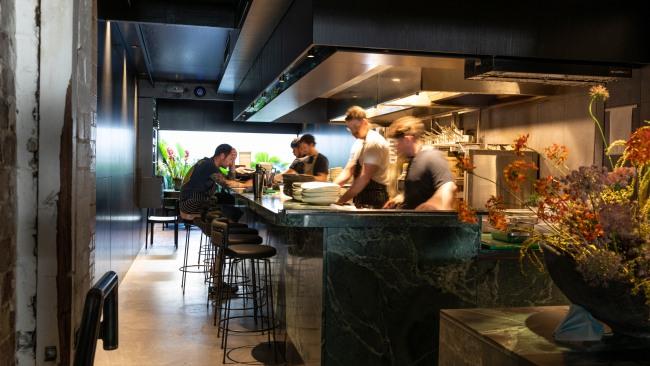 For something more casual, the new Stranded Bar specializes in mezcal and pizza served in a warehouse space that was, in its previous lives, a peanut factory and a morgue. With a veteran DJ spinning retro vinyl and an altar to the Virgin Mary, it’s peak boho Brisbane.

For pre-dinner drinks, Bar Tano on the hot James Street strip is an Italian house party serving signature cocktails like The Champ, a Champagne-topped Mojito, and barrel-aged Milano-Torino, like a Negroni but without the gin.

I spend Saturday with Drew Campbell, chief experience officer with Kiff & Culture, a new tour operator that gives visitors the inside running on the Queensland capital (and the Gold Coast and Byron). 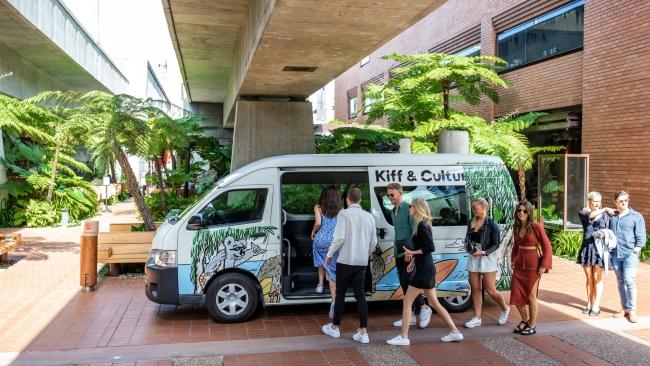 It’s a terrific way to tour the city like a local, with a local. We kick off with an Asian banquet at the oasis-like Southside, set in a tree-fern grove in the city’s arts and culture precinct. We then pop by City Winery where winemakers Kris and Dave Cush source fruit from Australia’s premium wine regions and turn it into delicious Vermentino, barrel-fermented sauvignon blanc, grenache, shiraz, and more, right here in the city.

Our last stop is Albion, where Granddad Jack’s Craft Distillery is a new arrival to this rapidly gentrifying industrial suburb. In a barn-like space (formerly a mechanic’s) walled with recycled weatherboards and corrugated iron, patrons come for tasting boards of three gins: the juniper-rich Two Pencils, 65 Miles – a “navy strength” gin at 57 percent alcohol – and the fresh and fruity Greenhouse. Jack’s also serves a world-beating coffee liqueur, if that’s your fancy.

Sunday morning is a self-guided tour of Valley bakeries, starting with Sprout’s organic, sustainable and sensational pastries including outrageous-looking custard tarts and lemon meringue pies. Across the road, Agnes is the local darling (hence the daunting queues) for its cult smoked-potato sourdough, posh cheesy scrolls, and the most amazing apple Danishes I’ve tasted.

Saward’s typical of the youthful energy bringing new life to Brisbane. As Campbell explains, it’s his generation that’s changing the face of the capital. “They realized that if they wanted to stay in the city, they needed to make it cool.” 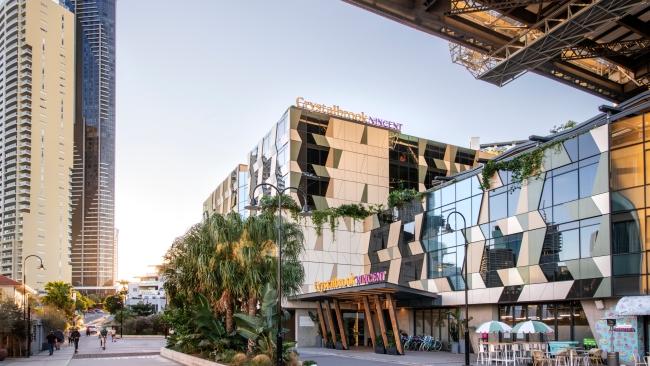 I’ve stayed at more than a dozen Brisbane hotels and each has its charm, but for location, I can’t fault Crystalbrook Vincent. It’s right in the thick of the action, on the edge of the CBD, and connected by clever cliff-side elevators to hip Fortitude Valley and New Farm. And a new ferry terminal sees guests transported seamlessly to hotspots along the river.

Kendall Hill travelled as a guest of the Brisbane Economic Development Agency. This article originally appeared on Escape and do not necessarily represent the views of australiaexploring.com 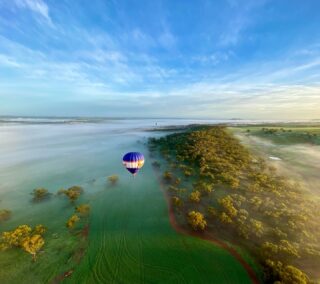 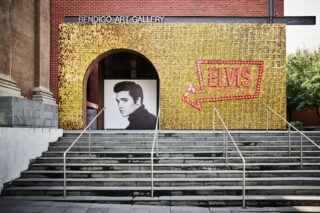