Rightly or wrongly, Sydneysiders once associated the NSW south coast with meals like takeaway battered fish or blackened sausages on communal campground barbeques.

Perhaps when you’re famished from driving that far south on the Princes Highway, a Maccas stop can taste like a hatted meal.

But road-trippers are pickier eaters these days. It’s an open secret that the unspoiled waters of the south coast are teeming with fresh seafood, and the lush hinterland is rolling in fancy wineries and world-class produce (fancy some Bega cheese with your wine?). Plus, these days, Rick Stein at Bannisters is not the only chef showcasing it.

Here are five exciting south coast restaurants worth a visit.

In big gossip for local diners, the Justin Hemmesphere has reached the south coast. Merivale acquired Quarterdeck in 2021 after hospitality giant Hemmes fell in love with the area and began calling Narooma his second home.

This waterfront Tiki bar holds the unofficial title of “best place for sundowners on the Sapphire Coast” (the stretch between Bermagui and Eden), but a facelift, a new menu and upbeat music playlist has thrown Quarterdeck into new light under Merivale’s ownership.

Cocktails shaken loudly at the straw-and-coconut-styled bar match the Mexican-flavoured menu rippling with fresh seafood. There’s music, chatter, and an energetic vibe; it feels like a Hawaiian beach party. Pop a crispy fish or pork taco in one hand while you sip a cocktail with the other.

The grilled swordfish is a filling and tasty main choice, but the best dish – staff will assure you – is the charred Mexican street corn sprinkled with cottage cheese, chilli salt and lip-smacking lime.

Gwylo, in case you’re wondering, is the nickname of head chef Matt Upson, who trained in South Australia under Simon Bryant and Maggie Beer. Locals know him as the owner of the highly successful Australian restaurant Tallwood, which opened nearby in Milton in 2013. It’s hard enough to get a booking at Tallwood; don’t expect tables to last long at Gwylo either.

If farm-to-table feels like it’s getting old, the next new thing is bush-to-table. It’s best showcased at Bangalay Dining, the in-house restaurant of Bangalay Luxury Villas, a boutique luxury eco-resort that opened in 2019 but had to close and reopen a few times due to a literal baptism of fire through bushfires, floods and the pandemic.

Multi-hatted chef Simon Evans, who trained in Michelin-starred London restaurants and was most recently the owner of Wollongong’s most-hatted restaurant Caveau, has devised a menu of share plates inspired by native coastal surroundings. There are easy-win favourites like rare lamb steak, flaky cod, and cracking, golden Hasselback potatoes.

But there are also exciting surprises: edible green ants frozen in suspended animation on snapper ceviche, and pink kangaroo rolled in wattleseed with crunches of hazelnut for texture. It’s all excellent so maybe just trust the chef and opt for the tasting menu at $120 per person.

Head upstairs from street level on the waterfront of Merimbula Lake, and you’ll arrive somewhere in the Mediterranean. You’re actually at local gem Valentina; but the pale linens and cream-coloured, romantically arched roof evoke the ambience of a Greek island restaurant.

The food is local, modern Australian, but there are distinct hints of love for French flavours in buttery scallops and the lethal shards of caramelised sugar cracking off the Crème Brûlée. You can add a glass of French fizz for $10 to a generous (read: lots of food) tasting menu that is just $90 per person.

Otherwise, the must-order dish is pan-fried fish of the day – regardless of what fish that happens to be – which comes with clams and sage butter.

Cupitt’s restaurant claimed a Good Food Guide Chef Hat in 2015 and has added accolades every year since; most recently winning a Silver Award for NSW’s Best Tourism Restaurant at the NSW Tourism Awards in February. You’re in for a treat when you book the three-course tasting menu (and you do need to book, at least a week in advance).

The menu changes regularly because all ingredients are either grown and picked on the expansive Estate or purchased from local fishermen and farmers. The undulating green paddocks of the property also offer a dreamy backdrop for long lunches. 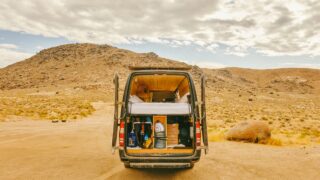 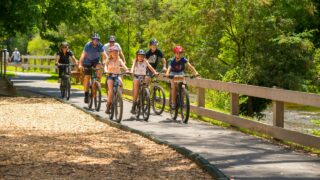 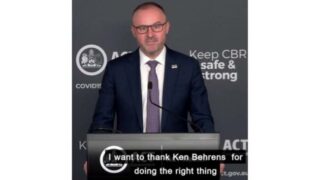