Have appetite will travel. Let’s support the delicious small businesses worth travelling for.

Burgers are one of those foods that at it’s relatively easy to do in an average way but excellence is a medium-rare beast. Straight from the streets of Bankstown, Chebbo’s food truck serves up cheese-laden grills on toasted milk buns that will you have you glazed with both contentment and sauce. Forget the multinationals and gorge on the care that comes with an owner operator who puts a bit of his heart and soul into every burger. Chebbo’s also does home kits if you can’t get to one of his food truck locations.

It takes something pretty special to move the heavily Botoxed faces of Sydney’s Woollhara into a smile but the Bodalla Dairy outpost on Queen Street accomplishes this feat daily. If you’re more into savoury flavours, the cheeses infused with bush tucker ingredients like wattle seed or saltbush are winners. But the true joy comes in the ice-cream section where flavours found nowhere else on the planet are mixed with trad favourites. Try the Let’s Go Camping which is gumleaf smoked and studded with butterscotch and macadamia praline.

Named after the love child of a frisky neighbourhood cat and currently one of the leading lights in the Redfern revival, this small bar(t) has a deep selection of biodynamic wines but it’s the food that elevates. Like any good menu should, it changes to feature seasonal produce but if you see the words “lobster roll”, order two and prepare to have your mind blown.

Humble is an apt name for this Surry Hills enclave as you’d never know its soft-spoken head honchos –  Elvis and Ben – are actually the driving forces behind such city icons as Porteno, Bastardo and Bodega. Humble is the newest addition to the list and its signature is a Finger Bun that is fast becoming iconic. Laden with fruit and topped with a smear of fuchsia pink icing, it’ll make your nanna’s taste pedestrian.

This online destination was borne out that changes Covid wrought and it’s one of the more delicious pivots we’ve encountered. Better still, it’s available right now and we don’t need to wait until restrictions are lifted. Every fortnight, Dan changes up his pasta offering and if you’ve never had fresh made before, prepare to turn your back on the dry packet stuff for at least a while. Right now, we are loving the roasted beetroot, ricotta and lemon ravioli. You may not be able to get to Italy but there’s no reason it can’t come to you. And you’ve gotta love Sydney-wide delivery.

There is a distinct Middle Eastern flavour at play at this venue on the border of Redfern. Delicious food aside, it’s one of those super-chill cafes that you can roll into morning, arvo or evening for the best shashuka in town or a pomegranate mojito. Till we get the all-clear, they do a banging coriander-crusted lamb shoulder home pack that will be delivered to your door.

The joke here is that it’s in Beverly Hills and although the place is run by comedian and chef Frida De Guise, the truth of the matter is that she’s dead serious about her craft. Namely creating the kind of doughnuts that Homer Simpson would emigrate for. We can’t go past the biscoff and banana and until we can get to LA (Donuts that is), they deliver Sydney wide.

What started as a one-off chicken shop with a Lebanese twist has spread its wings into a mini empire spanning locations in Kogarah, Granville, Blacktown, Penrith, Campbelltown, Punchbowl and Newtown. Butterflied, grilled and served with a creamy garlic sauce, this is sublime poultry at super-reasonable prices. Try the tawouk platter.

You had us at pasta handmade fresh in house daily. We can’t wait to return to this trattoria with outposts in both Parramatta and Bondi for dreamy burrata and the orecchiette with broccoli and anchovy. All washed down with a Wild Rose Spritz cocktail.

We started with a food truck, so it’s fitting that we end with one. This is the bahn mi of the gods and if you really want to go the whole hog, its pork crackling is sublime. Veggos are also well catered for and any minute now the Tsuru team of pan-Asian food magicians will be update its site with travelling locations. 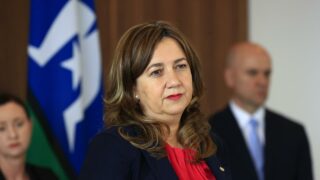 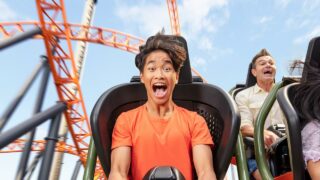 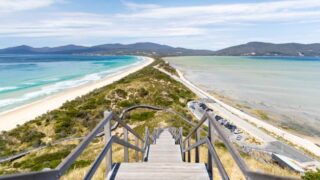